Abstract:
Vertex connectivity a classic extensively-studied problem. Given an integer k, its goal is to decide if an n-node m-edge graph can be disconnected by removing k vertices. Although an O(m)-time algorithm was postulated since 1974 [Aho, Hopcroft, and Ullman], and despite its sibling problem of edge connectivity being resolved over two decades ago [Karger STOC’96], so far no vertex connectivity algorithms are faster than O(n^2) time even for k = 4 and m = O(n). In the simplest case where m = O(n) and k = O(1), the O(n^2) bound dates five decades back to [Kleitman IEEE Trans. Circuit Theory’69]. For the general case, the best bound is ~O( min{ kn^2 ,n^\omega + nk^\omega } ) [Henzinger, Rao, Gabow FOCS’96; Linial, Lovász, Wigderson FOCS’86].
Despite the lack of progress for decades, in this talk, I will present a simple and teachable randomized Monte Carlo algorithm with ~O(m + k^3 n) time. This algorithm proves the conjecture since 1974 when k=O(1) up to a polylog factor, breaks the 50-year-old bound by Kleitman, and is fastest for 3 < k < n^{0.456}. The story is similar for the directed graphs where we obtain an algorithm with running time at most ~O(k^2 m). 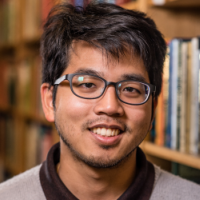