Friday, 1 February,  our new colleague Nikos Parotsidis joins BARC and AC section and will give a talk "Connectivity in directed Graphs: static, fault-tolerant, and dynamic"

The study of graphs is one of the classic areas of computer science and it is motivated mainly by the ability of graphs to model complex relations between entities. For instance, graphs can model the Web, social networks, road networks, biological networks, and many more. Connectivity-related concepts play a central role in graph theory as they provide fundamental tools for the analysis, processing, and understanding of graphs, and subsequently of the complex relations that they represent. Thus, it is not surprising, that connectivity-related concepts have been studied for several decades, mainly in undirected graphs. However, our understanding of many connectivity notions remains limited, especially in directed graphs. 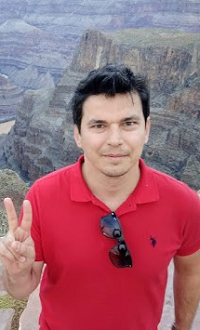