Thursday 21 February, professor Konrad Swanepoel, Department of Mathematics, London School of Economics and Political Science, will give a talk "A survey of combinatorial distance problems in normed spaces"

A survey of combinatorial distance problems in normed spaces

Paul Erdös introduced various combinatorial questions that involve distances. The two most famous ones are to determine the maximum number of unit distance pairs that can occur in a set of n points in the plane, and to determine the minimum number of distinct distances in a collection of n points in the plane. These problems can also be stated for finite-dimensional normed spaces. I will present an overview of what is known and pose some open questions. 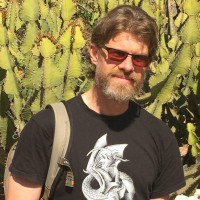